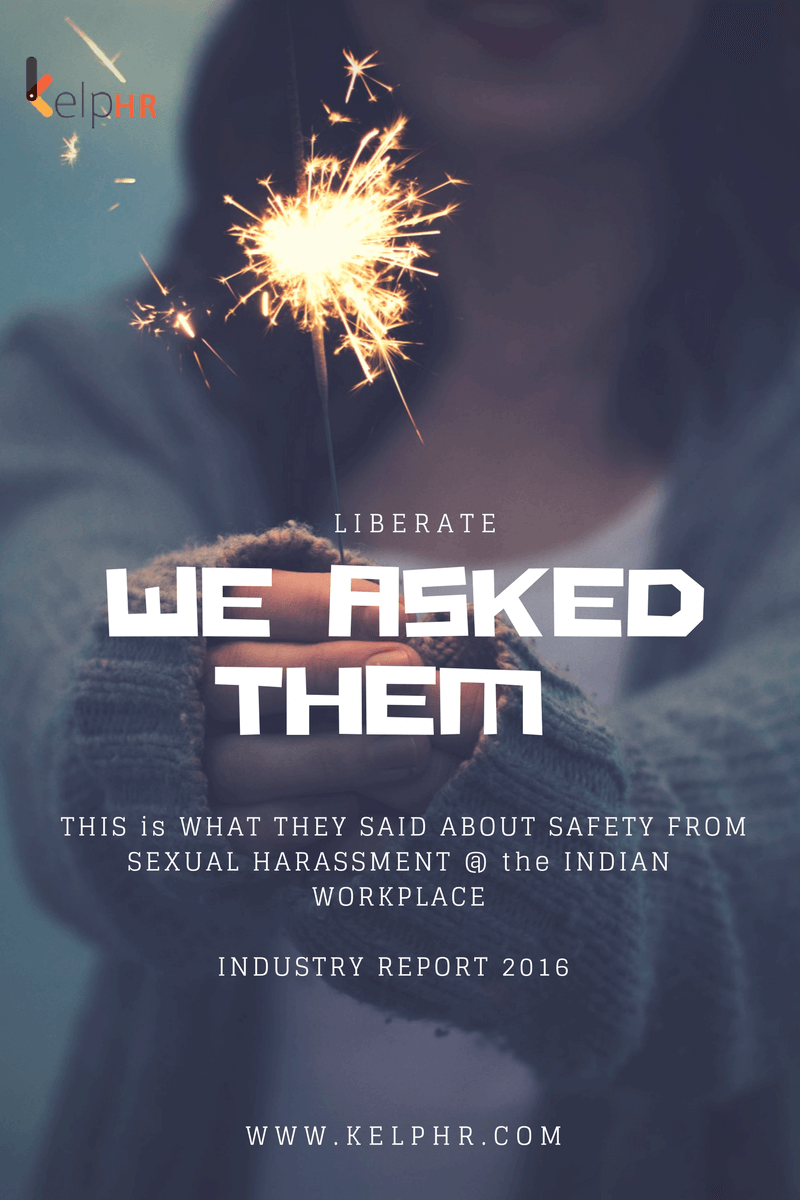 The Sexual Harassment Industry Report 2016 was conducted and released by KelpHR, one of India’s leading HR Consultancy firm with their flagship offering on Prevention of Sexual Harassment at the workplace. The report is based on a survey conducted in July-August 2016. A total of 291 working professionals across India participated in the survey. The companies that participated in the study were from various sectors including IT, ITES, BFSI, Education, Retail, etc. 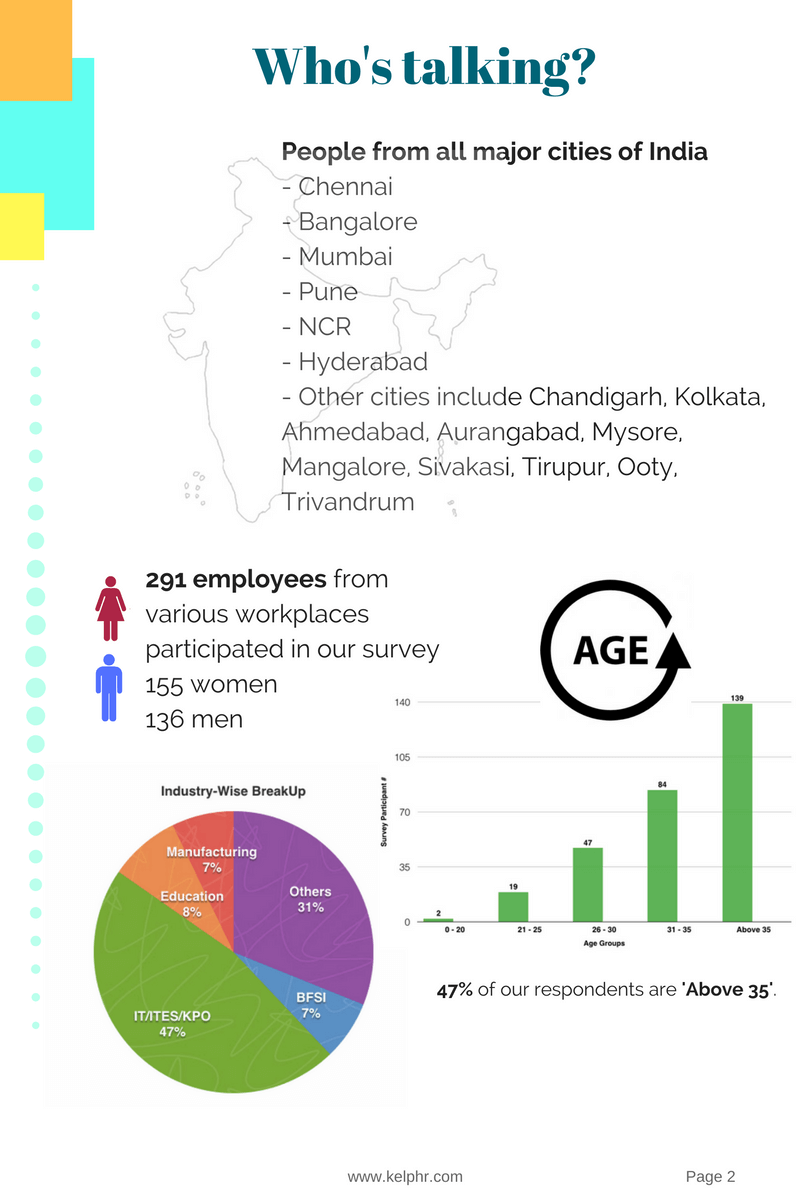 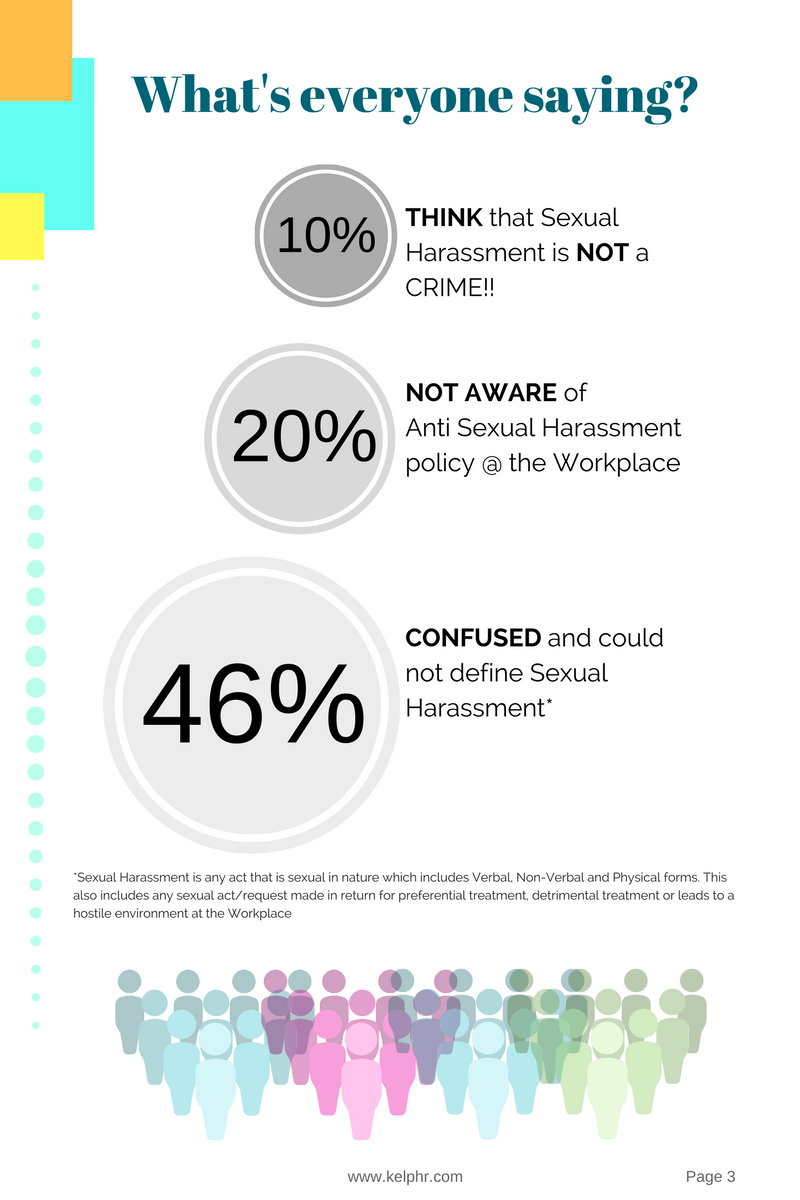 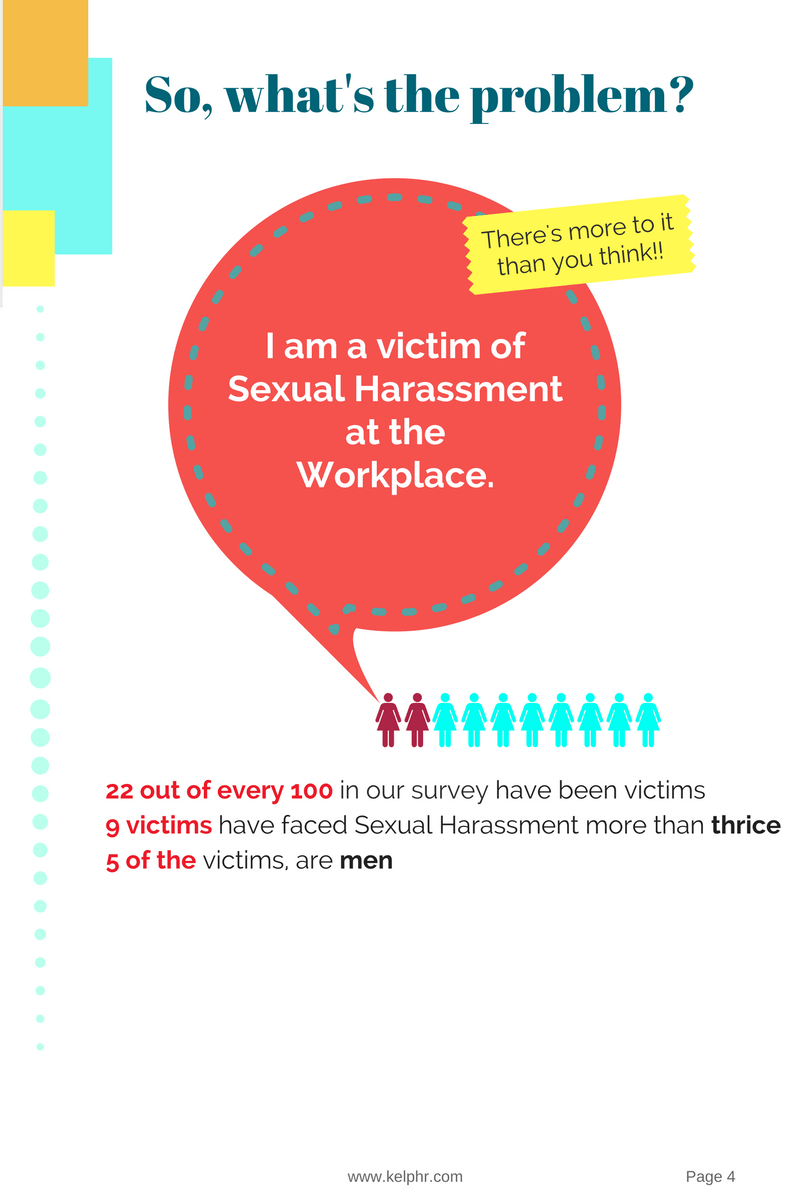 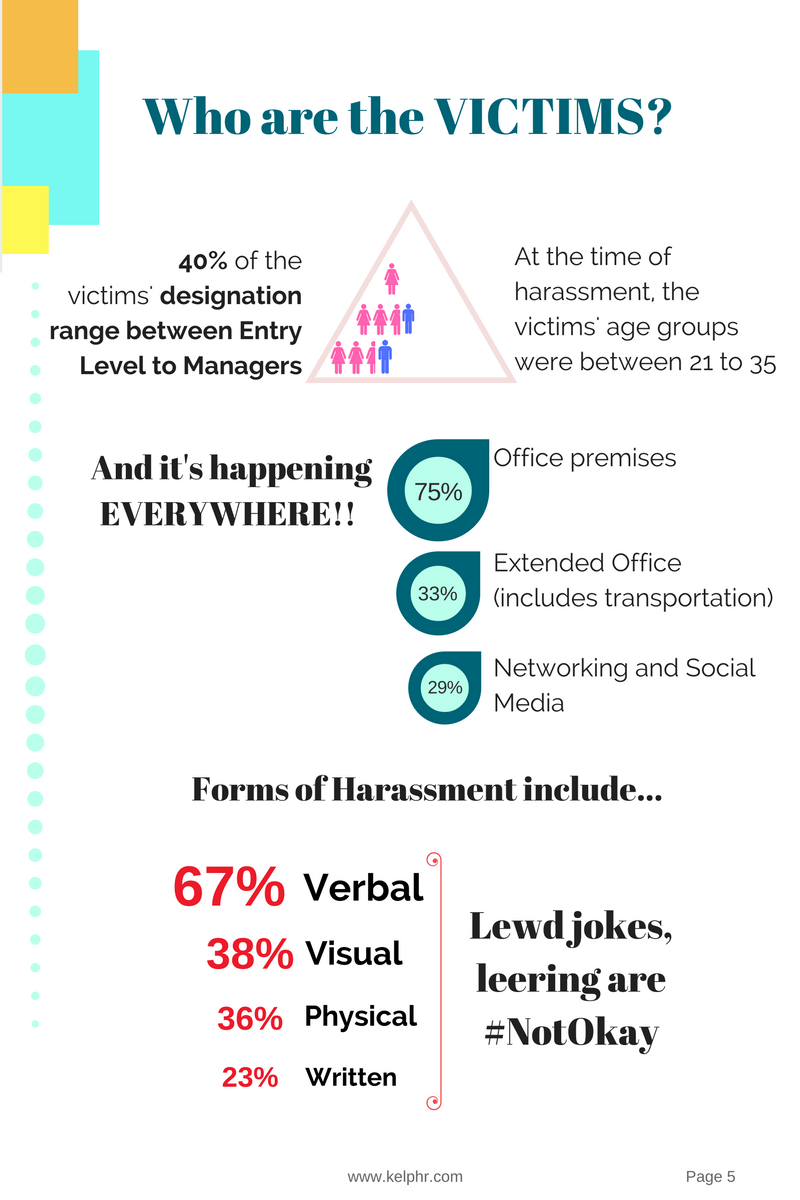 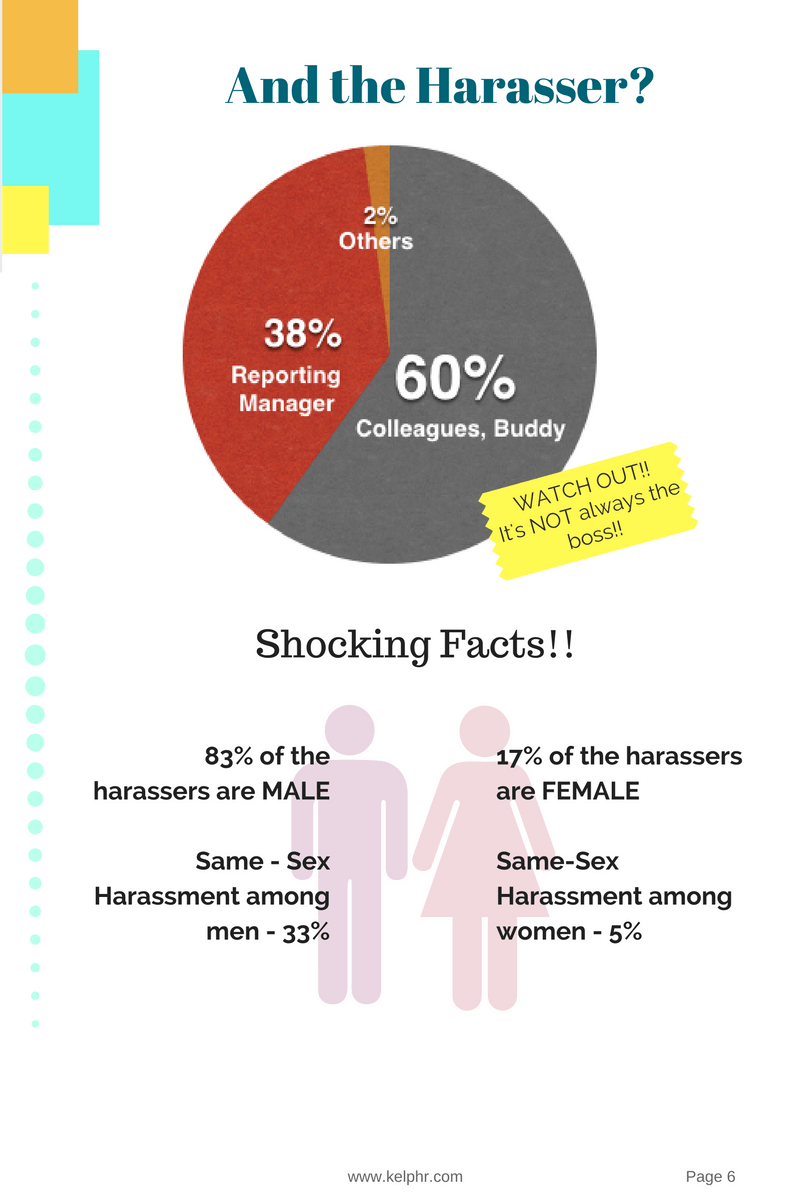 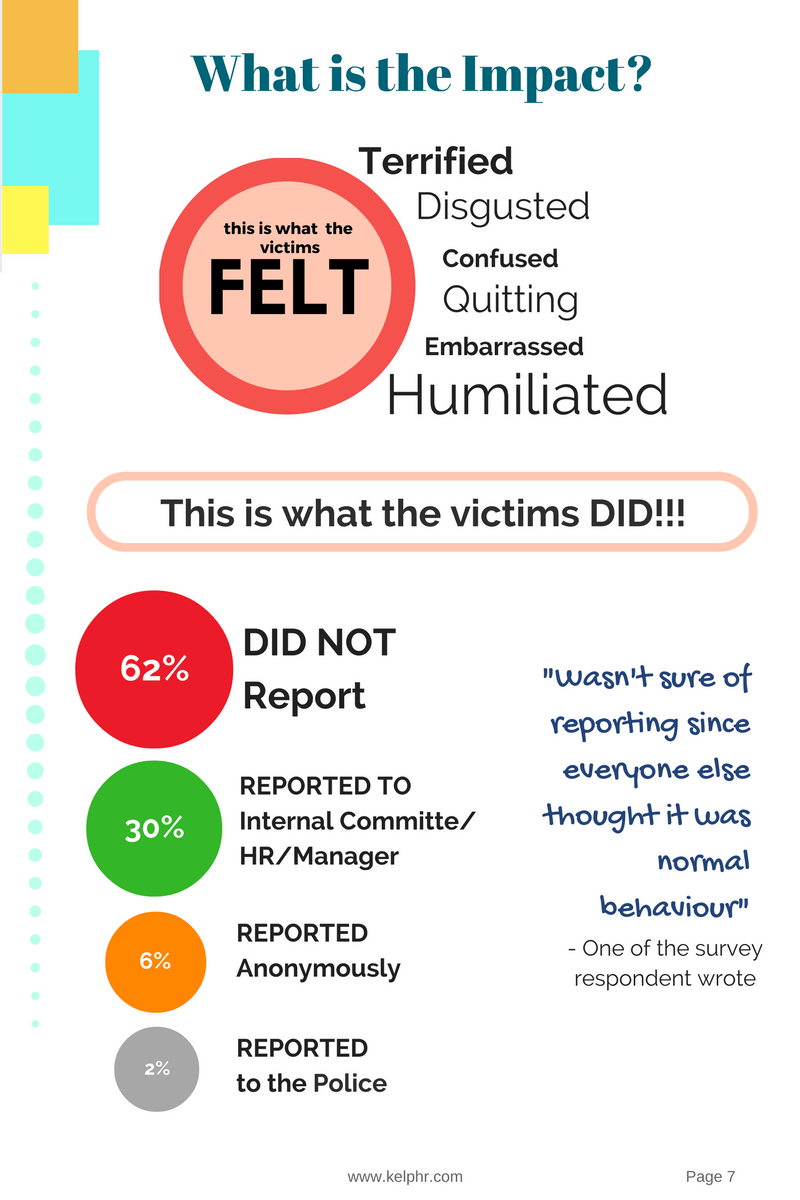 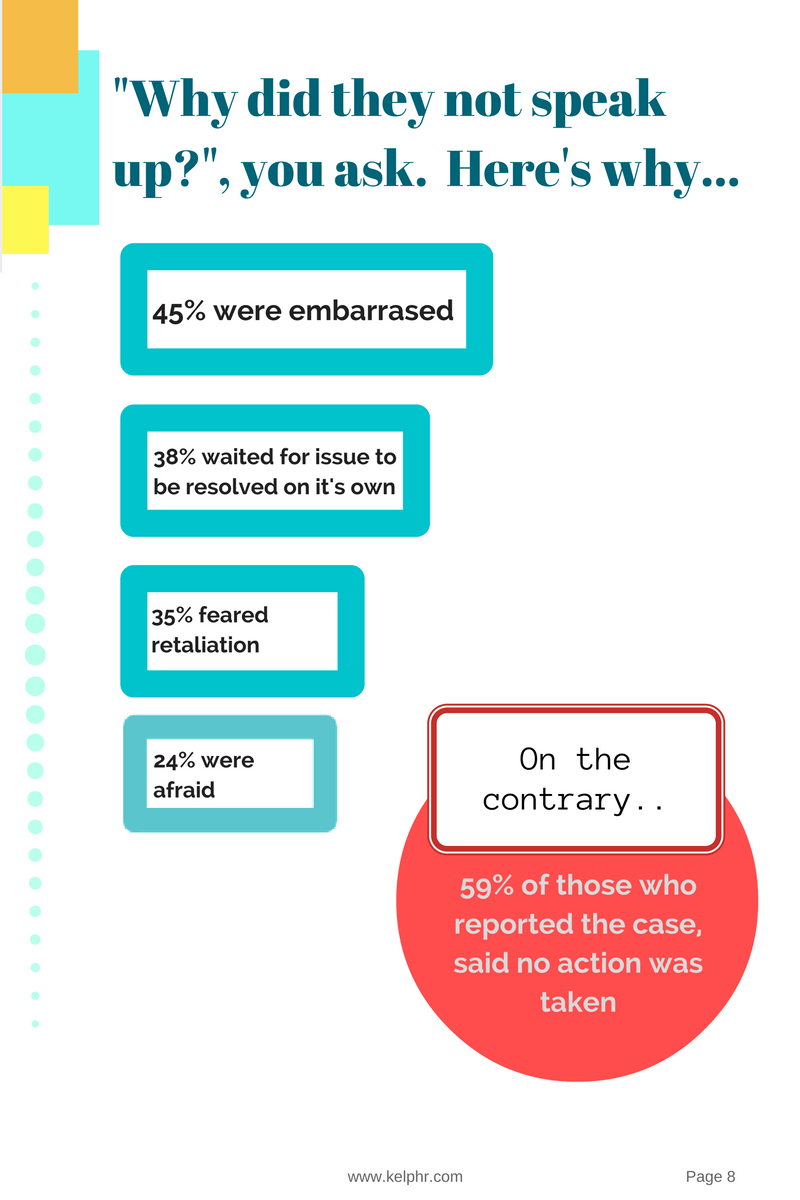 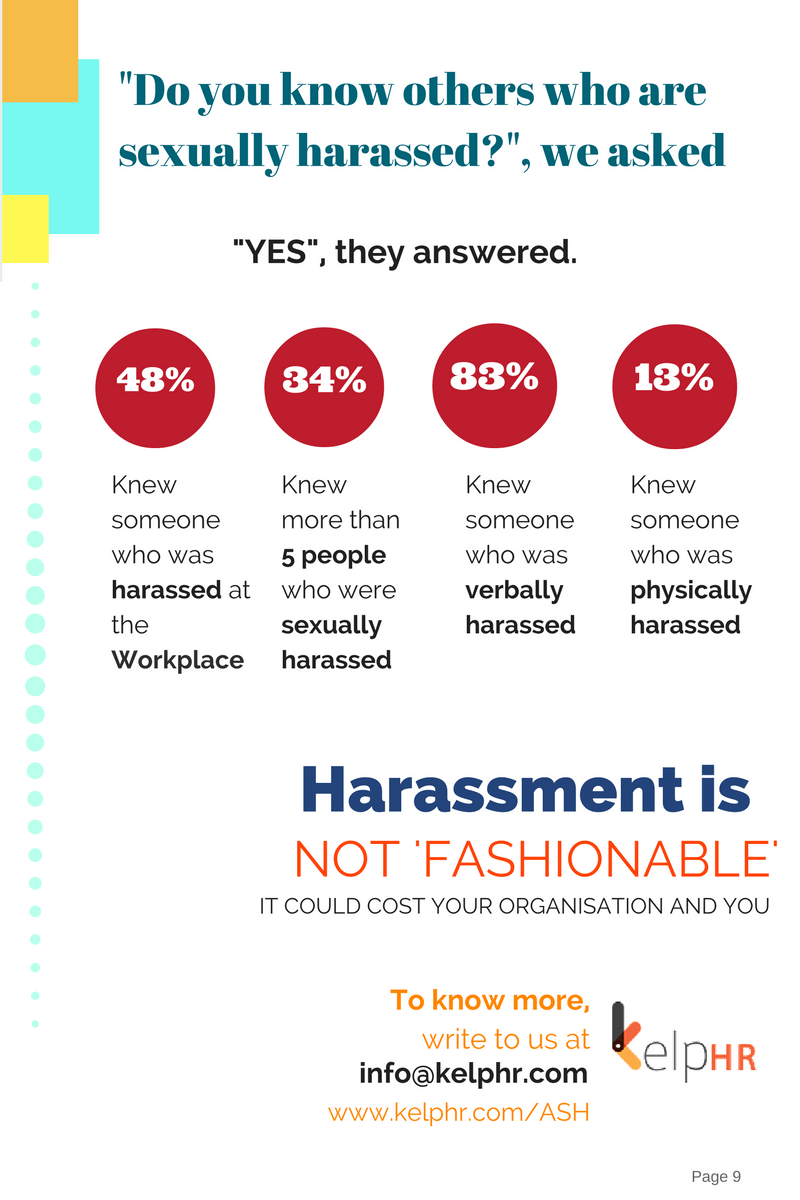